Little Known Origins of the “War on Christmas” 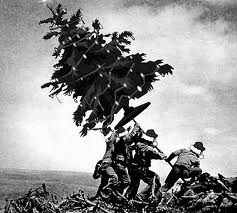 Who’s getting sick of the annual Christmas controversies? Raise your hand (and it’s only the first week in December). But if you were to bet that it’s a fairly new phenomenon (since the turn of the millennia), you’d be out some bucks… and I don’t mean reindeer.

Most people in Boston have already heard that they were once ground-zero for Christmas being outlawed in America. Recall that the uptight-and-outta-sight Massachusetts Bay Colony Puritans spoiled the wassailing fun by banning Christmas for 22 years (1659-1681). What’s more astonishing is that the winter reveling disapproval lasted many more years. Incredibly, it took approximately 200 years for Massachusetts to be sweep up in Christmas cheer (1880s). 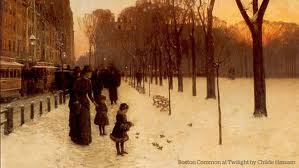 The ban was revoked in 1681 by an English-appointed governor Sir Edmund Andros. One of Andros’s first acts was to attend a Christmas religious service. Bostonians were not too pleased with England’s meddling in their New World. Even after the law outlawing Christmas was lifted, the majority of colonists still abstained. It was as much of a political stance as religious.

Even though some people have heard of Christmas being outlawed in America and England, most people have forgotten how it all began. The “War on Christmas” can be traced all the way back to the height of The Reformation. It follows the path of Calvinism which flowed through Scotland where Christmas was first banned in 1583. The Church of Scotland’s magazine The Scottish Christian tells us that the Scottish ban on Christmas lasted almost 400 years. It was only lifted in the 1950s after Scottish soldiers were exposed to the holiday during World War II. What’s more amazing is this reality corresponds to the Presbyterians in the American South too!

It all began with a couple successors who endeavored to fully enact Luther’s sola scriptura (a Christian is to be guided by Scripture alone) concept – John Calvin and John Knox. On the grounds that Christmas was: (1) invented by man, (2) not prescribed by the Bible, and (3) 4th century church fathers had simply co-opted the midwinter celebration of several pagan societies, they disapproved of Christmas.

The Scottish ban on Christmas spread to England in 1644 when the Puritans of the English Parliament called on Scottish Presbyterians to support them in their English Civil War. There was an understanding that their alliance with the Scots would be in exchange for a ban on Christmas. Therefore, the English Parliament (some simplify and say Oliver Cromwell) banned Christmas from 1644-1660.

These attitudes were carried to the New World by English Puritans, Quakers, Baptists, and Scottish Presbyterians. In America, reprisals were as harsh as those in Scotland. A whopping 5-shilling penalty was imposed on anyone found feasting or shirking work on Christmas Day in Massachusetts.

So the next time you see a skirmish in the “War on Christmas” just remember that it all began with those darn Scots and their crazy ideas of purity, not some liberal secularist.

Most references to the things I write on this blog can be found in my book SANTA-TIZING: What’s wrong with Christmas and how to clean it up (available on amazon http://www.amazon.com/SANTA-TIZING-Whats-wrong-Christmas-clean/dp/1607911159/).

• SANTA-TIZING: What’s wrong with Christmas and how to clean it up book => https://www.amazon.com/SANTA-TIZING-Whats-wrong-Christmas-clean/dp/1607911159/ was written to fulfill a vow made to Yeshua’s face to tell the Christian Church that “Christmas will be the Golden Calf of America.” It took 10 years of full-time research, a golden scribe angel and the Spirit’s leading to unearthing His Truth in the sands of time. It covers every argument that you have ever heard about Christmas.

Resources related to this article:

Supporting documentation is found in my book SANTA-TIZING: What’s wrong with Christmas and how to clean it up in chapter 7, pages 179-182 as well as on http://scottishchristian.com/. I will include the references for this section below:

The History Channel, “Saturnalia, The Real Story of Christmas,” http://www.history.com/minisite.do?content_type=Minisite_Generic&content_type_id=1253&display_order=1&sub_display_order=2&mini_id=1290.

Matthews, The Winter Solstice, 8: “People everywhere seem less and less concerned with the celebration of anything other than the holiday itself and its ever more commercially strident accompaniment.”

Robin's premier quest is to love people and love God with all her heart, soul & strength, because without love we all are nothing. After making a vow to Jesus's face during a personal epiphaneous appearance, she wrote a book -- SANTA-TIZING: What's wrong with Christmas and how to clean it up" to share the mysteries she discovered while searching for where Christmas comes from. There are revelations in SANTATIZING that you will not find anywhere else. So throw away the template for Christmas books and come walk on the kingdom side in an examination of America's most loved holiday. Critical thinking is a must while looking through this lens of history and Scripture. You'll be intrigued and enlightened. What's wrong with Christmas? Plenty. This book shines light on various troubling issues in celebrating a Christian Christmas. How to clean it up? This will be determined by you and your family. Since we have an abundance of traditions, memories, and reasons to stay just the way we are (and possibly miss out on becoming part of His Pure & Spotless Bride), SANTA-TIZING primarily explores the valley of the shadows. Please know that in God's Kingdom no person is forced to do anything against their will. Give em heaven!!!
View all posts by Robin Main →
This entry was posted in Christmas and tagged 1644-1660, 1659-1681, American Christmas, banning Christmas, Baptists, Battle for Christmas, Boston, Calvinism, Christian Christmas, Christmas controversies, Christmas History, Christmas Origins, Christmas outlawed in America, Christmas outlawed in England, Christmas outlawed in Scotland, christmas over centuries, Christmas Season, Church of Scotland, December 25th, English Parliament, English Puritans, John Calvin, John Knox, Massachusetts Bay Colony, midwinter, Oliver Cromwell, pagan, pagan Christmas, Pilgrims, Puritans, Quakers, Scottish ban on Christmas, Scottish Presbyterians, Sir Edmund Andros, sola scriptura, The Reformation, The Scottish Christian, War on Christmas, winter reveling disapproval, Winter Solstice. Bookmark the permalink.

2 Responses to Little Known Origins of the “War on Christmas”