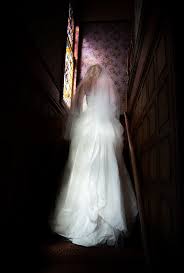 Did you know that the story of Hanukkah begins in the Book of Daniel 300 years before the event took place? In fact, we did not have the markers on the calendar to be able calculate the fulfillment of the Antichrist being revealed until both Purim and Hanukkah were put in place.

Did you also know Yeshua Himself attaches a prophetic significance to the Feast of Dedication (Hanukkah) by telling us that the first Abomination of Desolation (Antichrist) is a prophetic foreshadow of an even greater abomination that confronts the believer in the last days? Come! Let’s seek to understand what the Pattern Son has to say about the Antichrist and His Bride.

Matthew chapters 23-24 happen on an afternoon when Yeshua steps out of the Temple in Jerusalem giving the Pharisees almost no recourse but to kill Him. The Bible tells us that thousands of people were following Yeshua before He went up to Jerusalem. When Yeshua was on the Temple Mount this day, there were thousands of His disciples with Him as well as hundred of thousands people. This is when Yeshua lays the Pharisees bare. He tells His disciples do not follow the Pharisees, and calls them all sorts of names. Please refer to Matt 23:1-2, 13, 14, 15, 16-17, 21, 23-33.

By the time that Yeshua storms out of the Temple with His disciples, He had completely exposed the religious leaders of His day calling them sons of hell and a brood of vipers. Yeshua leaves telling the Scribes and Pharisees that they are not going to see Him again until they break their own rule against saying the Name: “for I say to you, you shall see Me no more till you say, ‘Blessed is He who comes in the name of the LORD!” (Matt 23:39 NKJV).

As Yeshua and His disciples are on their way out, His nervous disciples pointed out the beautiful work being done on Herod’s Temple. Then Yeshua remarks: “Assuredly, I say to you, not one stone shall be left here upon another, that shall not be thrown down.” (Matt 24:2 NKJV). After Yeshua said that, no one opened their mouths as they walked down the Temple Mount, down the Kidron Valley, across the brook until they arrive on the Mount of Olives. Once they all sat down, the disciples asked Him: “Tell us, when will these things be? And what will be the sign of Your coming, and of the end of the age?”(Matt 24:3 NKJV). The first thing the Yeshua counsels them is: “Take heed that no one deceives you” (Matt 24:4 NKJV). EVERYTHING IN MATTHEW 24 IS IN REGARD TO TAKING HEED THAT NO ONE DECEIVES YOU. Many are going to come in the Name of Yeshua (Jesus), and they are going to deceive many. “But he who endures to the end shall be saved” (Matt 24:13 NKJV).

Following verse 13 of Matthew 24, we are told that the gospel of the kingdom shall be preached to all the world, then the end shall come when you see the Abomination of Desolation spoken of by Daniel stand in the Holy Place (Matt 24:14-15), then shall be great tribulation such as the world has never seen (Matt 24:21).

Yeshua says “whoever reads, let him understand” in verse 15: “Therefore when you see the ‘abomination of desolation,’ spoken of by Daniel the prophet, standing in the holy place” (whoever reads, let him understand).” He says this because He knew that the Abomination of Desolation spoken of in Daniel was prophetically fulfilled by Antiochus Epiphanes IV in 165-168 BC, yet Yeshua says this will be the marker when the end shall.

We need to look at the meaning of the word “end” in both Matthew 24:3 and Matthew 24:13 to understand what Yeshua is talking about. The word “end” in Matthew 24:3 – “What will be the sign of Your coming, and of the end of the age?” is the Greek word synteleia and it’s like a picture of a tail of a dog. The word “end” in Matthew 24:13 – “But he who endures to the end shall be saved” is the Greek word telos, which is like the very tip of a dog’s tail. Therefore, when we see the Abomination of Desolation take place, it’s the beginning of the end when the world will experience the greatest tribulation that it has ever seen, and except those days be shortened, no flesh would be saved.

Verse 3 of Second Thessalonians 2 says “that Day will not come unless the falling away comes first.” The “falling away” is the Greek word apostasia, which means a rebellious stand. The man of sin is revealed (apokalyptō). The son of perdition is the same as in Daniel chapters 8 and 11. He “opposes and exalts himself above all that is called God or that sits worshiped, so he sits as God in the temple of God showing himself that he is God.” The Abomination of Desolation is not the end, but the beginning of the end. It is when the telos begins. And after the tribulation, we will see the sign of the Son of Man in heaven.

“The coming of the lawless one is according to the working of Satan, with all power, signs, and lying wonders, and with all unrighteous deception among those who perish, because they did not receive the love of the truth, that they might be saved. And for this reason God will send them strong delusion, that they should believe the lie” (2 Thessalonians 2:9-12 NJKV).

THOSE WHO RECEIVE THE LOVE OF THE TRUTH WILL BE SAVED. Personally, I’d like to simply focus on the Way and the Truth and the Life – Yeshua – and love Him only. Bridal hearts have many promises, not the least of which is that lovers of truth will be saved in the last days. The love of the truth is offered to everyone as a gift. Whatever we love, whether it is love, money, or truth, we can’t seem to get enough of. If we love His truth, we will get it. You should know that “truth” will take an eternity to learn: “And this is eternal life, that they may know You, the only true God, and Jesus Christ whom You have sent” (John 17:3). God Himself is going to be sending those who do not love the truth a strong delusion that they might believe a lie. That word “send” is the Greek word “pempō,” which means to send one home to where they’re comfortable. God is basically giving people the delusion they want.

Bridal hearts will want to be sent home into Yeshua’s loving arms. I am not just talking about when we die. I am talking about every single minute of every single day. His pure and spotless Bride will exemplify the theme that’s woven throughout Hanukkah, which is co-crucifixion with her Beloved. Never forget that a Burnt Offering is called an “olah” in Hebrew, which means to go up.

Other posts about the Blazing New Wine of Hanukkah (Bridal Restoration of DNA):

• SANTA-TIZING: What’s wrong with Christmas and how to clean it up book => https://www.amazon.com/SANTA-TIZING-Whats-wrong-Christmas-clean/dp/1607911159/ was written to fulfill a vow made to Yeshua’s face to tell the Christian Church that “Christmas will be the Golden Calf of America.” It took 10 years of full-time research, a golden scribe angel and the Spirit’s leading to unearthing His Truth in the sands of time. It covers every argument that you have ever heard about Christmas.

Robin's premier quest is to love people and love God with all her heart, soul & strength, because without love we all are nothing. After making a vow to Jesus's face during a personal epiphaneous appearance, she wrote a book -- SANTA-TIZING: What's wrong with Christmas and how to clean it up" to share the mysteries she discovered while searching for where Christmas comes from. There are revelations in SANTATIZING that you will not find anywhere else. So throw away the template for Christmas books and come walk on the kingdom side in an examination of America's most loved holiday. Critical thinking is a must while looking through this lens of history and Scripture. You'll be intrigued and enlightened. What's wrong with Christmas? Plenty. This book shines light on various troubling issues in celebrating a Christian Christmas. How to clean it up? This will be determined by you and your family. Since we have an abundance of traditions, memories, and reasons to stay just the way we are (and possibly miss out on becoming part of His Pure & Spotless Bride), SANTA-TIZING primarily explores the valley of the shadows. Please know that in God's Kingdom no person is forced to do anything against their will. Give em heaven!!!
View all posts by Robin Main →
This entry was posted in Chanukah, Christmas, Melchizedek, Prophetic, Pure & Spotless Bride, Word Up and tagged Abomination of Desolation, ake heed that no one deceives you, Antichrist, apostasia, BEAUTY & THE BEAST, Blazing New Wine of Hanukkah, Bridal Restoration of DNA, Burnt Offering, Chanukah, CHRIST’S BRIDE and THE ANTICHRIST, deception, eternal life, falling away comes first, Feast of Dedication, gospel of the kingdom, great tribulation, Hanukkah begins in the Book of Daniel, HANUKKAH MARKER, HANUKKAH MARKER TO CALCULATE FULFILLMENT OF ANTICHRIST, he who endures to the end shall be saved, lawless one, love of the truth, man of sin, Matt 24:13, Matt 24:4, Matthew 24, olah, Pattern Son, Pharisees, rebellious stand, Robin Main, Sapphire Throne Ministries, sign of the Son of Man in heaven, son of perdition, story of Hanukkah, synteleia, telos, Temple Mount, the Way and the Truth and the Life, to go up, Yeshua. Bookmark the permalink.

24 Responses to HANUKKAH MARKER TO CALCULATE FULFILLMENT OF ANTICHRIST