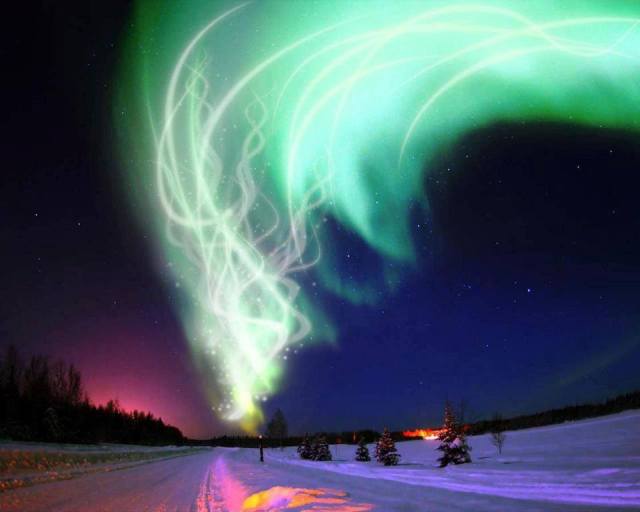 If you want to follow in Enoch’s footsteps where this mortality puts on immortality, doing what Yeshua did is key. A few years back, Enoch came to me, gave me a thumb’s up sign and said: “Happy Hanukkah!” Then Enoch added: “It’s an end-time message… one of them.”

A few years ago, the Lord told me that He was going to redeem Christmas. So, instead of assuming what that meant, I asked Him to show me and remained opened to whatever He brought my way. In 2017, Messiah Yeshua made it very clear to me that Hanukkah is the redemption of Christmas, because the Messiah celebrated it and we are to do as Jesus did, if we want to be made into the Messiah’s exact image.

This year something truly astounding has happened!!! I was reading a Facebook post from Ian Johnson about Saint Nicholas of Myra. He wrote: “Saint Nicolas of Myra also known as Nicolas the wonder worker was born in 276 AD in the city of Patara (Pamphylia in modern day Turkey) a city in Asia Minor in the Roman Empire, to a wealthy family of Greek Christians. His Parents died and Nicolas spent the rest of his life giving away this great wealth to the poor. (I guess his parents were the equivalent of modern-day billionaires) Nicolas is credited with raising the dead and healing the sick and many other signs and wonders. I have been to Pamphylia in Turkey Dr Luke is buried there as well as Phillip. There is the ruins of a very early Church there which I saw and took photos of, it has the seal of Enoch on the cap stone. Nicolas was at the Council of Nicaea and was actually stripped of his bishop title because he opposed the Arianism being promoted at that council. Later reinstated he died in Myra in 343 AD. We need a fresh wave of Billionaires with a kingdom mindset in 2018. To sow into the poor and advancement of the Kingdom of Christ.”

What Ian Johnson shared stopped me in my tracks! Having researched Christmas for over 20 years, I knew that Saint Nicolas was present at the Council of Nicaea. I just never came across that Saint Nicolas was stripped of his bishop title when he opposed the “official” church’s compromise with Arianism (with an “i” not a “y”) promoted at the Council of Nicaea in 325 AD. What this means is SAINT NICOLAS OF MYRA OPPOSED THE CHURCH’S ESTABLISHMENT OF CHRISTMAS!!! Let this truth set us free!!!!!!!!!!!!!!!!!

Please allow me to back-up a bit to give some historical details behind what is now being revealed. So, Saint Nicolas was stripped of his bishop title, because he opposed the “official” church’s compromise with the Arianism philosophy promoted at the Council of Nicaea in 325 AD. At the time, Arianism was a huge heretical sect, which regarded Jesus as solely a human agent. It was the official Catholic Church’s compromise with this Arianism philosophy that led them to assimilate into their ecclesiastical calendar Mithra’s Winter Festival in 379 AD, which celebrated the pagan sun god Mithra’s birthday. The Catholic Encyclopedia itself admits: “The Nativity of the Unconquered Sun (i.e., Mithra’s Winter Festival), celebrated on the 25th of December, has a strong claim on the responsibility of our December date.” Before the Roman shift in time, December 25th marked the ancient winter solstice and was known throughout antiquity as the birthday of the all the pagan s-u-n gods. So… I find it super-duper interesting that Saint Nicholas was stripped of his bishop title for opposing the compromise with the Arianism philosophy promoted at Nicaea, which extrapolated out means that he opposed the establishment of Christmas in the Christian (Catholic) Church. Wowzer!!! That’s huge!!!

Also, note that the Catholic Encyclopedia also records about Saint Nicolas: “Though he is one of the most popular saints in the Greek as well as the Latin Church, there is scarcely anything historical certain about him except that he was the Bishop of Myra in the fourth century.” Also, you may note that the primordial practice of the Gentile Christian Church for approximately its first 300 years was joining Jewish Believers in celebrating the Lord’s Biblical Feasts. The first recorded evidence of a “Christianized” Christmas actually taking place on December 25th isn’t found until the time of Constantine in 336 AD after the Council of Nicaea in 325 AD.

This truth that Saint Nicolas opposed the assimilation of Arianism in the Church; and thus, the establishment of Christmas in the Christian Church is key to the Seal of Enoch on the cap stone of that very early church in Pamphylia, Turkey. Always remember that Enoch abides by the Word of God. He is one with Messiah Yeshua. Therefore, Enoch celebrates Hanukkah with Yeshua at the Messiah’s Table, which is revealed for all to see in John 10:22-23. For more information on this, check out =>https://santatizing.wordpress.com/2017/12/07/wall-of-remembrance-reveals-joining-the-messiahs-table/and https://santatizing.wordpress.com/2018/12/03/what-did-jesus-do-hanukkah/.